Situated at the heart of the vibrant and bustling Cuba St. quarter, no. 2 Footscray Avenue is a house with a modern flair and a storied history. The site is over 100 years old, something you’d be forgiven to miss given the beautifully refurbished cottage that stands there today. The property came under the management of HiAtlas in 2018 and has been one of our favourites ever since - it possesses a decided uniqueness and historic significance that is rare in Wellington CBD homes. 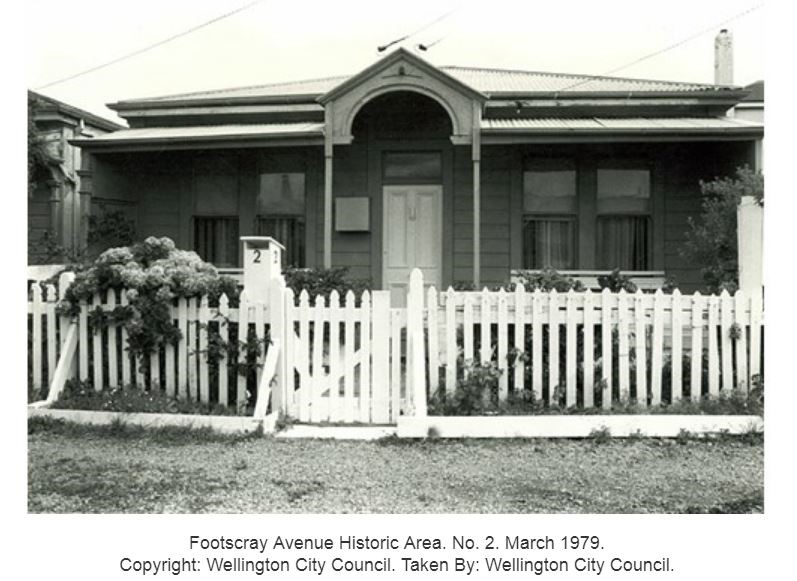 Unless you’re a Cuba St. local, you’re unlikely to have noticed the four identical cottages that line Footscray Ave. Tucked away off Tonks Avenue, just up from Wellington’s infamous Fidel’s, these cottages represent some of the best preserved 19th-century workers houses in Te Aro. Built by Australian Thomas Jobson in 1896, Footscray Ave is named after the Melbourne suburb where Jobson grew up. 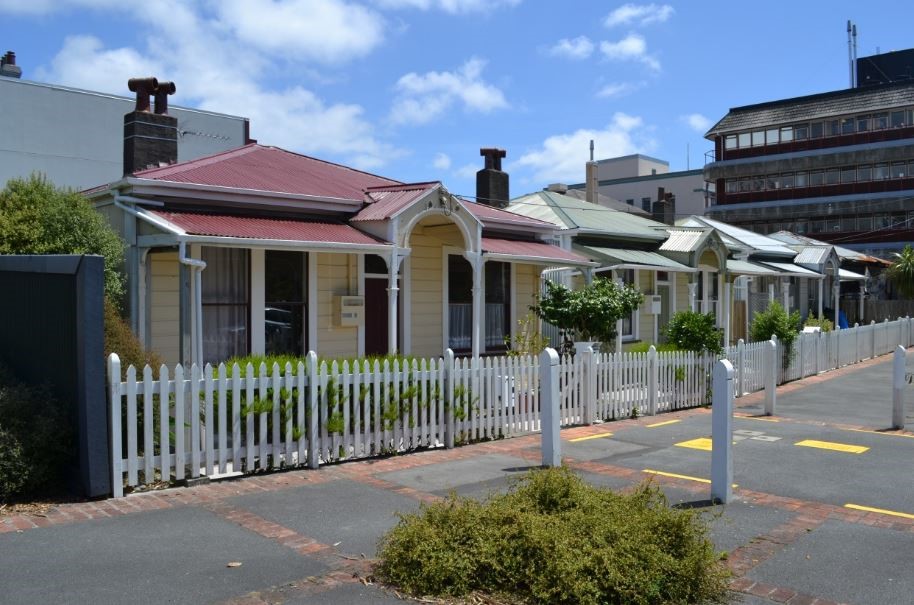 Though well-maintained throughout the first half of the 20th century, the cottages later began to deteriorate as plans for a new motorway through the Wellington CBD made their fate uncertain. By the 70’s the cottages had received growing attention for their heritage value and the site was spared. Heritage New Zealand classified them as part of a heritage area in 1984.

Now, Wellington City Council says that the houses are “architecturally significant as they are four identical cottages that represent some of the best preserved 19th-century worker’s dwellings left in Te Aro, and are one of the best-preserved groups”.

Number 2 Footscray Avenue, the last cottage nestled at the northern end of the lane, was undergoing some intensive renovations in 2007 when a large fire broke out. Some areas of the cottage were completely gutted, where others mimicked a glimpse of a hope that the historic cottage may be able to be salvaged. It’s fate remained uncertain for a number of years. Eventually, it was deemed that the studs (rotted through in parts and also riddled with borer) would not pass present-day building code, and the most sensible thing to do would take it down and start again. So that’s what happened - a plan to rebuild the cottage in its original image was formed and resource consent was approved by the Wellington City Council, backed by the New Zealand Heritage Trust. Local architects Parsonsons were engaged for the project and those involved endeavoured to salvage any original materials they possibly could. 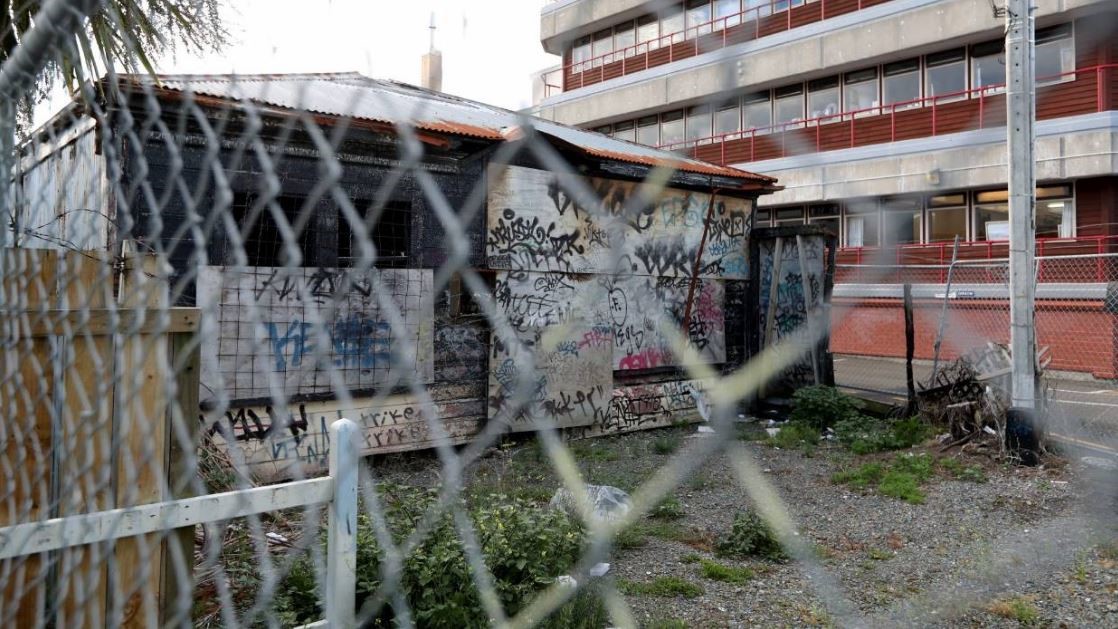 The idea for the rebuild came from a Wellington landlord and
property investor. He already had a considerable portfolio, but there is
no doubt that the amount of blood, sweat and energy that went into this
project would have made for one of his more ambitious ventures. The
rebuild of 2 Footscray Avenue took close to a decade to realise - but the
results were worth it. In early 2018 the project was completed, and even
those who protested the rebuild could not refute the level of intricacy and
detail that went into the build. From the classic white picket fence to the
replica clay pot chimney, you would never tell that this was in fact a new
build. In the space of a decade, number 2 Footscray had gone from
being the street eye-sore to an exemplary showcase, and the interior
trumps its neighbours even more than it’s tidy facade would let on. 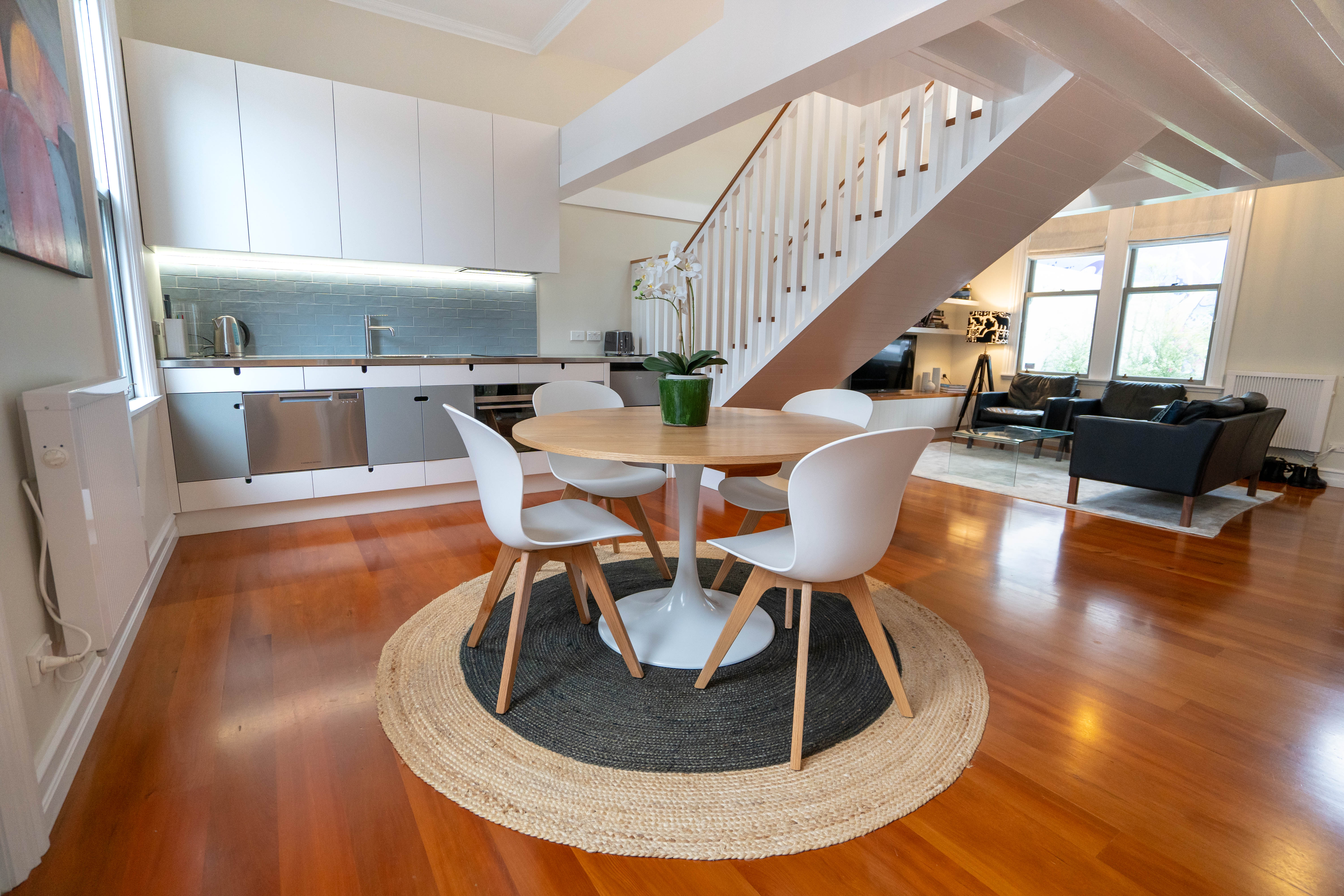 With beautiful polished timber floors, the right-hand side of the
cottage features a spacious living area and homely open-plan
kitchen/dining area. The spaces are cleverly divided by a beautiful
staircase that rests at the centre of the cottage, leading up to a
mezzanine. The left-hand side is comprised of the two generously sized
bedrooms side by side, and a beautifully finished designer bathroom.
The mezzanine floor has been configured as a study space. Off the
the dining area is a quaint courtyard, and though it may be small, a private
outdoor space with room for a good-sized BBQ is a rarity so close to the
city centre! 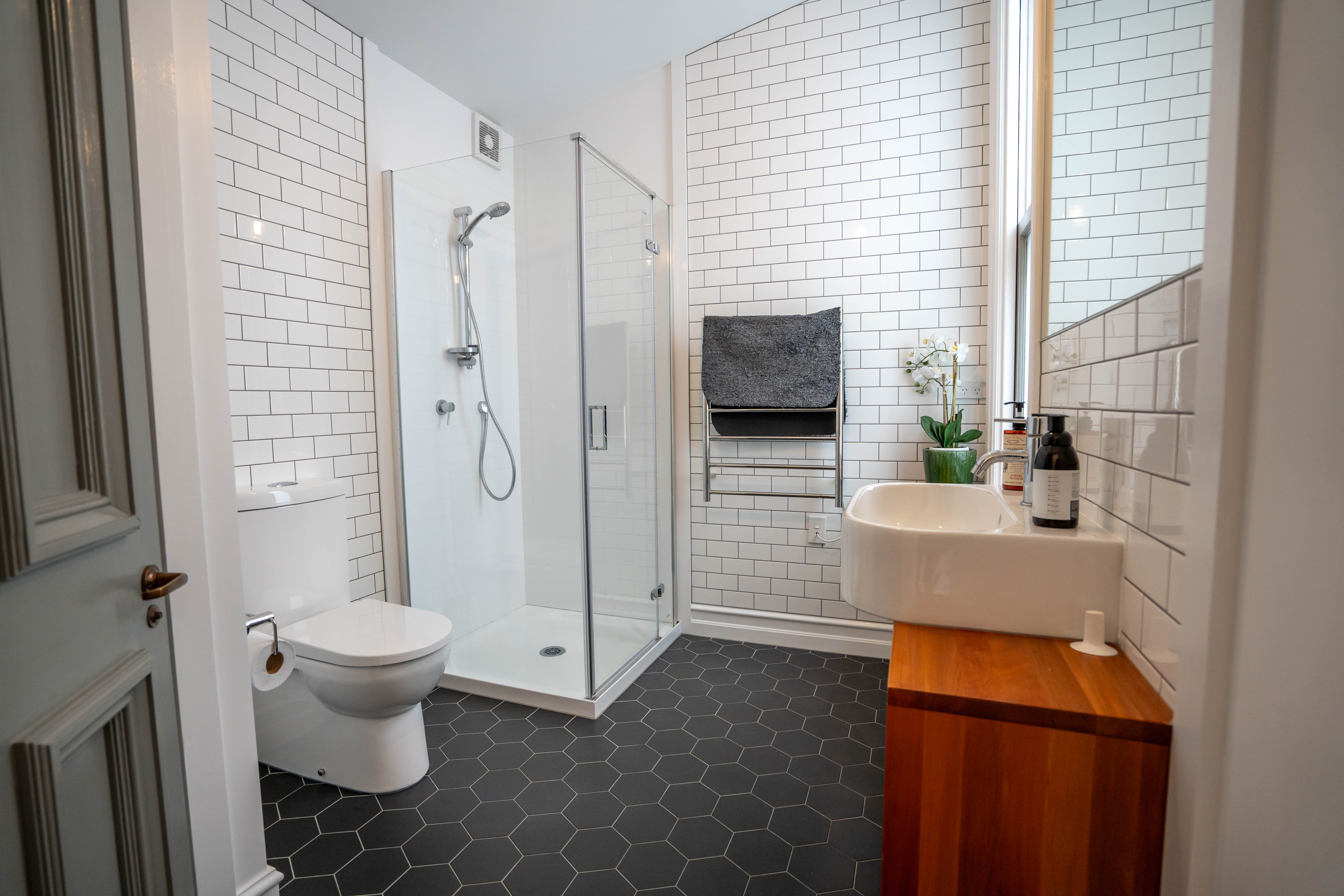 Parsonsons have done a remarkable job of utilising the space and
reconfiguring the cottage in a way that reflects its historic value, but also
oozes contemporary charm. It would be rude not to mention the hands
that physically put this masterpiece together too, as the level of detail
and finishings in the cottage are quite literally flawless—the work of a
true craftsman. 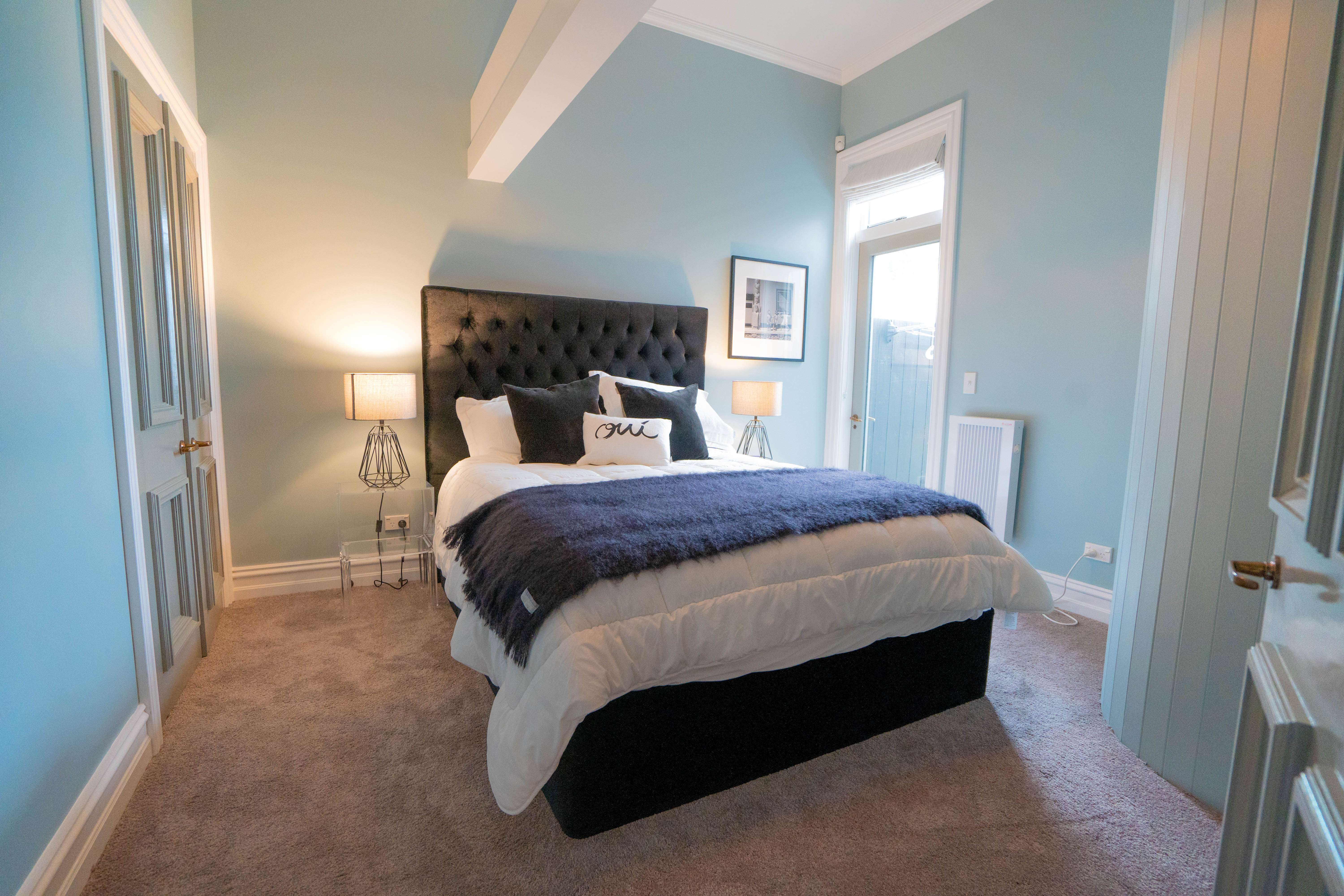 After being impeccably furnished, the cottage was first rented out
through HiAtlas in August 2018. It is absolutely one the properties we
are most fond of - an exceptionally finished secret sanctuary located
right in the heart of Wellington’s most vibrant neighbourhood. The house
is perfect for an occupant with a love for inner city living, and character
to boot—with the lovely and cultured Cuba St. on your doorstep, what’s
not to love? Being walking distance from Courtenay Place and the
waterfront makes this hidden location the ideal home base for anyone
looking to experience Wellington to the fullest. 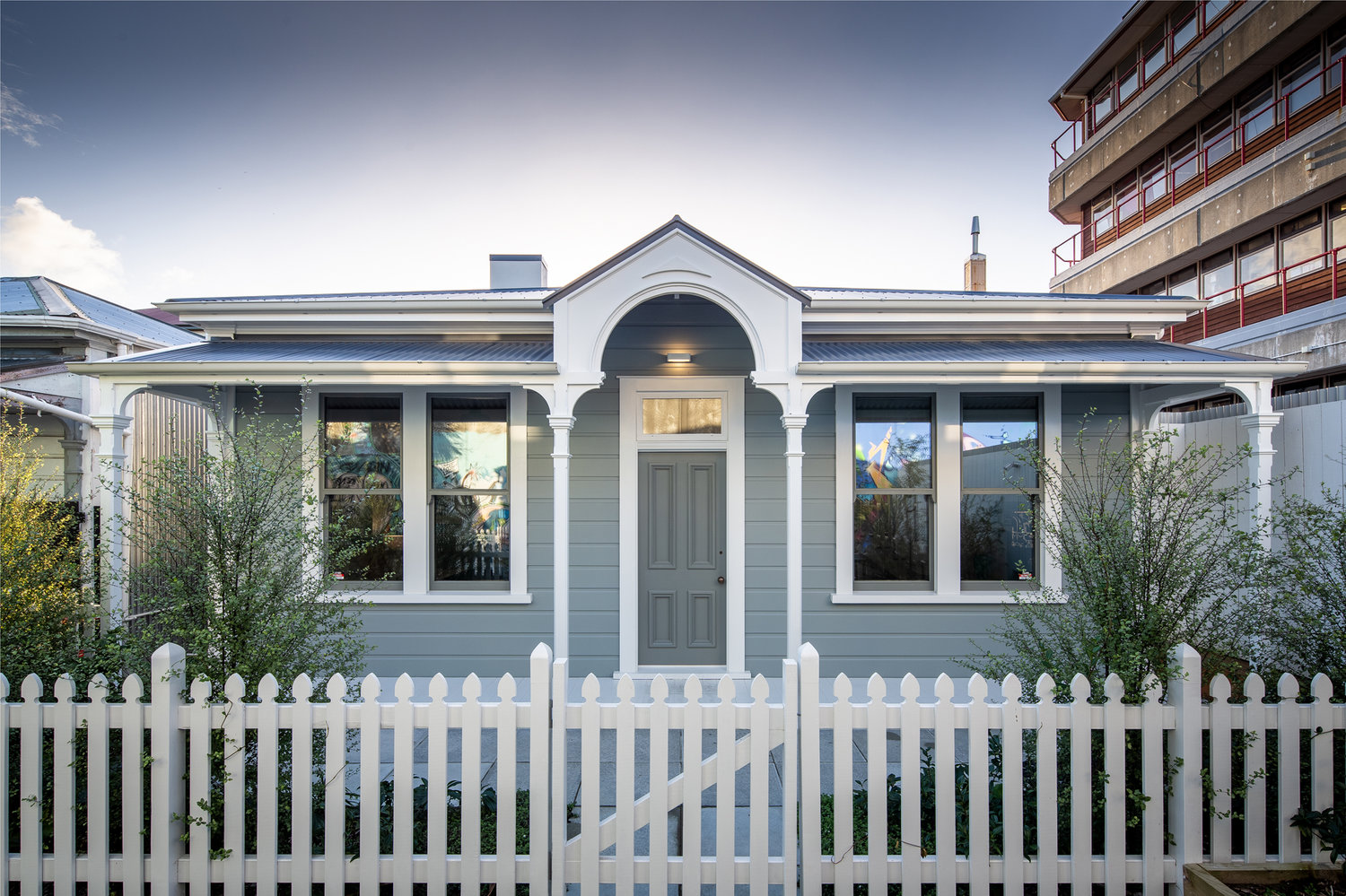 The Footscray Cottage will be available to rent from May 2019. Get in
touch or find out more about the listing here.